Crontab files parser, my ARM programming experiments and a lot is a reflection of my interests.

My first version control system was Mercurial. I’ve learned about it from UTP podcast (Russian). So the first public repository I had was on Bitbucket. Now I’m using GitHub for that. I’ll try to take short overview of my GitHub account here.

An example of my work at foreign open source project. telepot is a Python framework for Telegram Bot API. I’ve used it in my Rand Talk bot project.

My hosting provider had only Python 3.3 on its machines at the beginning of 2016. To use telepot you need at least Python 3.4. I’ve discovered that my program works well with telepot installed on Python 3.3 if I bring one additional package to it. My first pull request to telepot adds Python 3.3 compatibility to it. Unfortunately Nick Lee—an author of the framework don’t want to support one additional language version so he has refused my pull request. Today I think that he was right because just after one email to my hosting provider they have installed fresh version of Python.

In the February of 2016 ability to send silent messages was added to the Telegram. Telegram bots were able to send such messages too. GitHub user boxama has added such ability to synchronous telepot methods. In my pull request I’ve added this feature to async methods because Rand Talk is an asynchronous bot. This time my pull request was accepted successfully.

Yet another Turing machine

It was very pleasant to accept Anton Chekanin’s pull request. He’s an author of subtraction algorithm table and its tests.

Keys of Peace (not finished)

Free website allowing you to keep your passwords encrypted with a single “master password”. You don’t need to remember all passwords from your accounts so they could be very long and hard to crack.

Unlike usual password managers this project assumes that you don’t need any specific application to have access to your passwords. Just imagine: you’re opening browser at your friend’s laptop at some far trip and you’re still able to use your private accounts securely.

You’re not ready to show your passwords to my website? You don’t have to! Modern cryptography allows to build zero trust scheme where client code does all the job with the passwords right at your browser. The server just stores encrypted blobs. 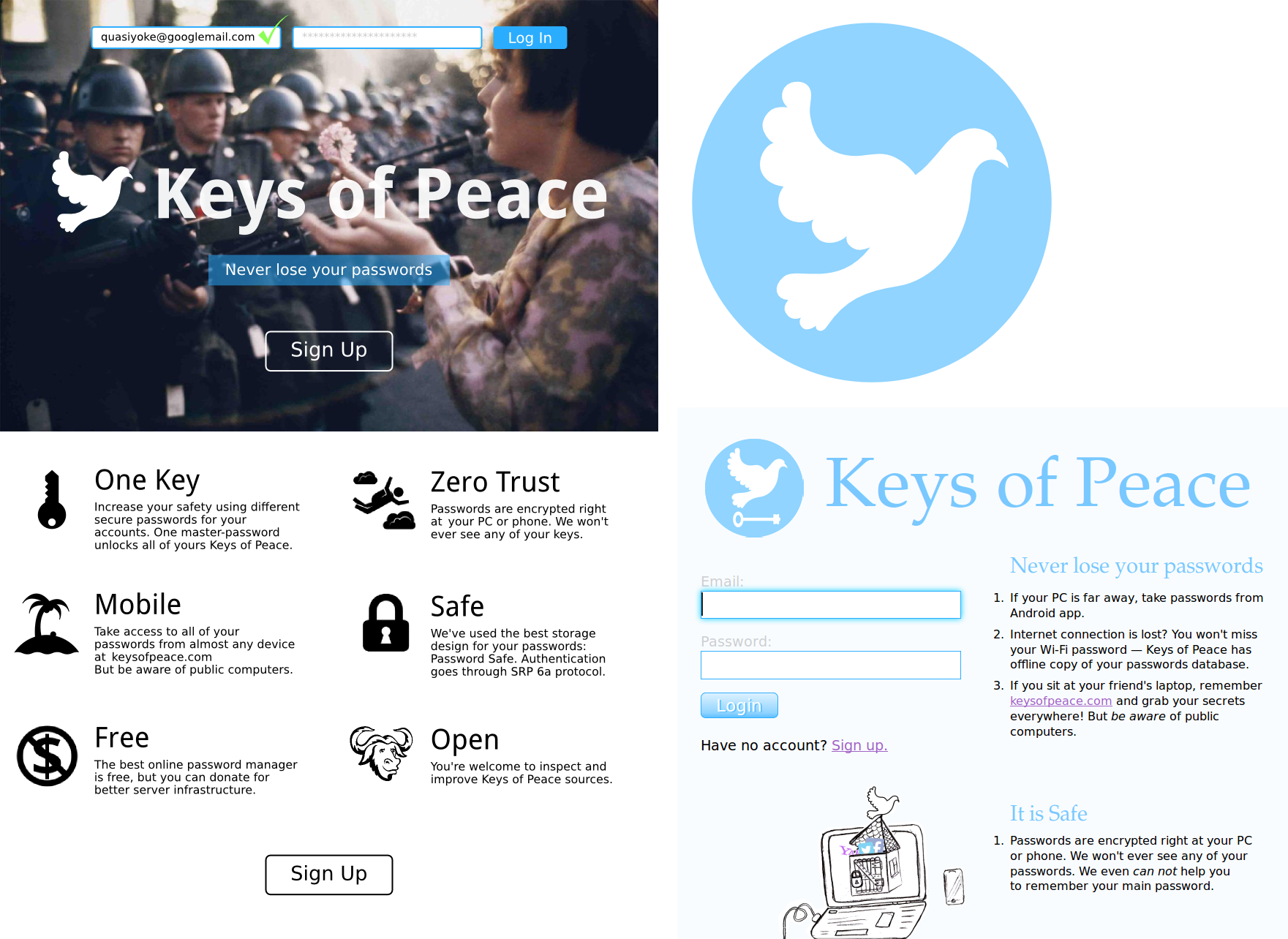 Keys of Peace idea was extremely hard to implement right because of several reasons:

Keys of Peace repository had the largest amount of the stars across all my repos but even the list of its problems isn’t finished. This project pushed me to read Shneier’s Applied Cryptography book and to pass Cryptography I course. Believe me, Keys of Peace is a shockingly tough and very interesting project.